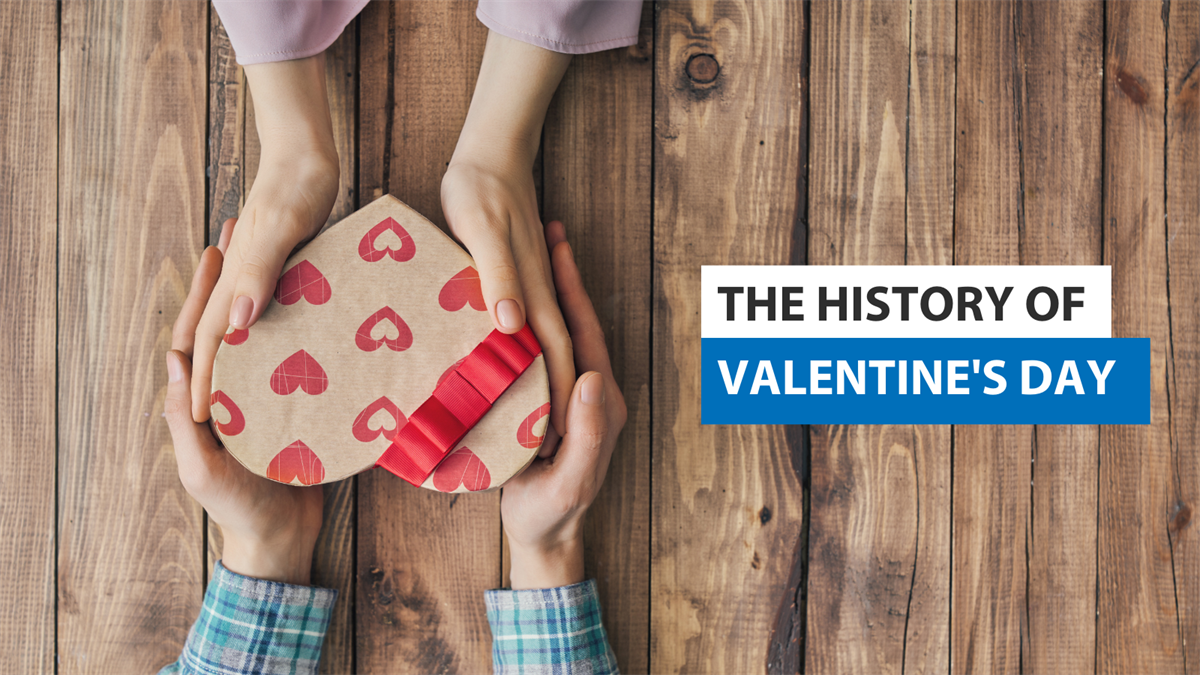 The History of Valentine's Day

Every year, people send 145 million Valentine’s Day cards, making this the second most popular card giving holiday besides Christmas. In the United States, Great Britain, France, Australia, Canada, and a handful of other countries that celebrate this holiday, couples arm themselves with thoughtful gifts and head to restaurants for romantic dinners with their lovers, and schools are full of children exchanging small cards and enjoying treats.

But how did this holiday start? Why is February 14th all about love? To learn the answers, take a look at this overview of the history of Valentine’s Day from its ancient roots to modern manifestations.

The Ancient Festival of Lupercalia

In ancient Rome, long before the birth of Saint Valentine, people celebrated the fertility festival Lupercalia. To kick off the celebration, revelers gathered at the cave where Romulus and Remus, the founders of Rome, had been raised by a wolf. The holiday’s name comes from the Latin word “lupa” which means wolf.

At the cave, they sacrificed a goat, cut the hide into strips, and dipped them in goat’s blood. Then, they ran through the town, gently slapping women and crops with the hides in the hopes of boosting fertility and increasing crop yield.

The History of Saint Valentine

Eventually, this springtime fertility festival was replaced by Saint Valentine’s Day. There are a few different Saint Valentines, and historians aren’t completely sure which one is linked to this holiday. Here’s a look at two of the most popular stories.

When Emperor Caludius banned marriage because single men were better soldiers than married men, Valentine saw the injustice in the new rule, and he started marrying young lovers in secret. He was imprisoned and ultimately beheaded for his actions.

Around the same time period, Valentine of Terni played an instrumental role in helping Christians escape from prisons where they were beaten and mistreated. Once he was caught and imprisoned, he fell in love with a young lady some speculate was his jailor’s daughter. When he penned her sweet letters from jail, he signed them “from your Valentine” a phrase still commonly used on V-day cards.

By the end of the 5th century, times had shifted. Rather than being imprisoned for their faith, Christians were now running Rome. They outlawed Lupercalia, and Pope Gelasius declared February 14th as Valentine’s Day. The Catholic Church has a special saint for every day of the year, but over time, Valentine became especially important as the modern version of this holiday evolved.

One of the first recorded mentions of Valentine as a romantic symbol was about 900 years later — in 1375, Geoffery Chaucer published a poem called “Parliament of Foules” where he used the word Valentine to refer to a lover.

After that point, the holiday picked up steam every century. In the 17th and 18th centuries, people in Great Britain and the United States began exchanging handmade cards. Between the 1840s and 1900s, the first mass produced cards appeared in both countries, and as time went on, jewelry companies, clothing manufacturers, chocolatiers, and countless others started marketing wares to help people spread a little bit of love at the cusp of springtime.